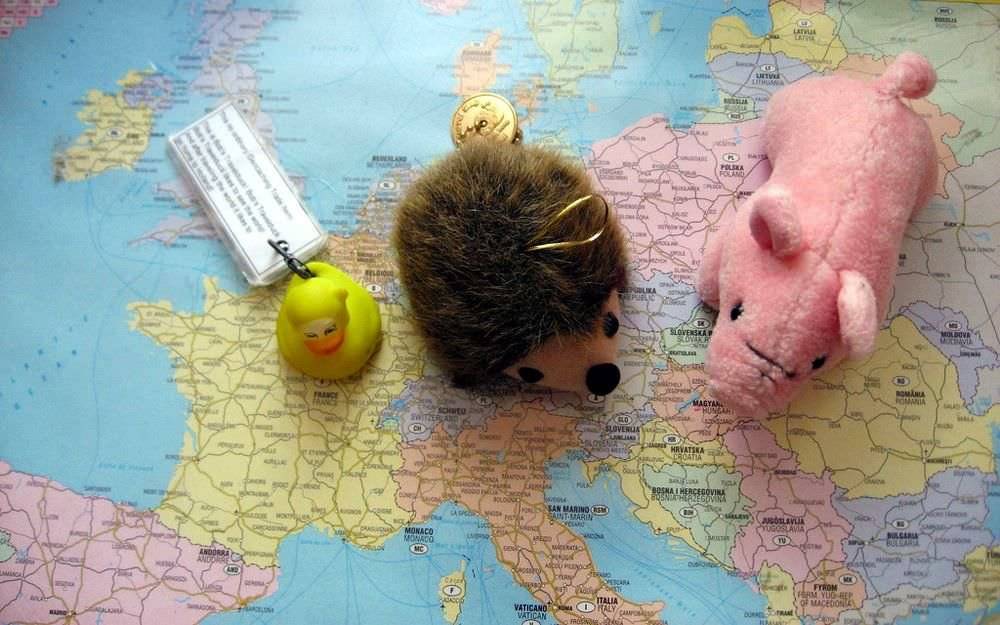 If you ever headed off to the continent in your university summer holidays chances are you booked an interrail ticket and spent a month in a haze of cheap red wine and dodgy youth hostels carrying an oversized backpack.

But interrailing isn’t just for students. It’s also a fantastic option for older travellers. Tickets – even 1st class Interrail options – are now open for all ages and you might find that interrailing the second time round is an even more rewarding experience. Older and wiser, you can really make the most of this fantastic and brilliant value way of touring the continent.

Be Creative With Your Route

If you’ve not seen much of Europe before, a grand whistlestop tour may be the best way to experience interrail. But if you’re going interrailing for a second time, it’s likely you’ve seen a fair bit of Europe already. You’ve probably been to many of the continent’s capital cities on mini breaks and trips over the years. So plan your trip more creatively and seek out some of the lesser known gems of Europe.

For example, if you’re travelling from the French Mediterranean coast into Spain, then consider stopping at splendid, historic Girona rather than Barcelona. Heading to Portugal? Try Porto rather than the more obvious – but also fantastic – capital Lisbon.

Or focus on an in-depth exploration of one or two countries. Southern Germany, for example, is packed with cultural, friendly small riverside cities and winegrowing towns, perfect for exploring by train or combining train trips with some hiking, biking and river cruising.

Italy’s another obvious choice for exploring more closely. Why not take a trip from its Alpine and Germanic-influenced north all the way down via Rome to Naples and the south for a culture packed journey of surprising contrasts?

I took the opportunity of a wedding invite in Istanbul to hoof it across Europe from west to east, seeing the countries and cultures change as I left western Europe and entered the Balkans.

Scandinavia also lends itself to epic adventures – travel north through Germany to the Jutland peninsula and Denmark then up the length of Norway to the Arctic circle. These are just a few ideas to get you thinking.

Get Strategic With Sleeper Carriages

If you dispensed with sleeper cars during your first time Interrailing to just crash in a regular train seat and save a few quid, you’ll be looking forward to experiencing the full sleeper experience.

Sleeper carriages are fantastic, but you may find it’s not as easy to get a good night’s sleep in one as you might hope for. Trains are of course noisy and at night there are almost constant flickering lights from outside. Packing earplugs and an eye mask is a top tip for a better night’s kip.

You may also be surprised that sleeper cars are mixed sex and you could end up sharing with anyone. However, if you don’t mind spending a bit extra and are travelling with others, how about reserving the entire sleeper compartment for yourself. It could help avoid a few awkward moments and is more secure.

If you do end up sharing, then a spot of advice from a habitual nighttime bathroom visitor – nab the bottom bunk if at all possible. It’ll make any night-time ‘comfort trips’ less disruptive to fellow passengers and much easier for yourself as clambering up the small ladder to the top bunk is always a bit of a balancing act.

For Europeans interrailing in Britain, why not book a trip (you will need to pay a supplement for the sleeper carriage) on the Night Riviera Sleeper from London to Penzance to experience the delights of Cornwall and south west England?

Many long-distance European trains have buffet cars. There’s something very appealing about tucking into a hot meal on a train as you watch the scenery pass by. Perhaps it conjures up an Orient Express style experience. Before you get carried away, don’t expect fine dining, but you can certainly eat in a more civilised way than just tucking into a jumbo pack of crisps and half a baguette.

But you’d be well advised to take a big bottle of water with you and pack some emergency snacks as buffet car opening times can be erratic and there’s nothing worse than a long train journey in the heat with no water and an empty stomach. 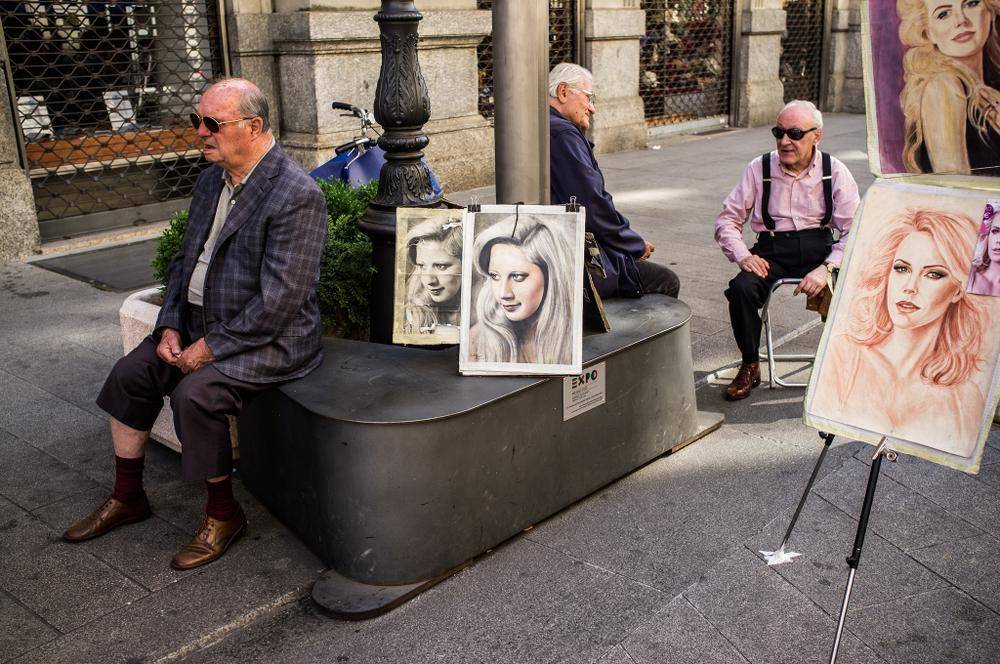 Meet the locals when interrailing by stopping off to have a chat or visiting less touristy places – Image credit: blackbulb

Get to Know the Locals

If you’re an older traveller you’re probably less bothered with finding the in-crowd to hang out with than having a rewarding break where you really get to know the places you’re visiting. Yes, it’s always fun to share a beer and some traveller’s tales with fellow interrailers, but it’s even better to get to know the locals and be introduced to their culture and local food and drink.

So you may want to stay off the typical tourist trail and seek out smaller towns and villages to stay in. Book into a homely B&B and get to know your hosts. Italy is particularly good for this. You’ll find that accommodation there – especially away from the major cities – is more likely to be family run and with its own idiosyncratic quirks, plus very likely offering delicious and genuine home-cooked food.

Ask the locals for tips and advice to help form your adventures. It’s often that the best restaurants and points of interest aren’t in the guidebooks – just get talking and be prepared to change your plans as you go along.

To do the full interrail experience yes you’ll want to take sleeper trains and might even fancy meeting fellow travellers at hostels if you’re young at heart. But you can’t live like a student for the whole journey, so do yourself a favour and book yourself a treat in a nice hotel along the way somewhere.

Spain’s parador hotels offer a touch of luxury in beautiful, historic surrounds. In Italy, how about an agriturismo or nice family-run B&B? Accommodation prices in Eastern Europe and the Balkans are much more reasonable than in western Europe as well, and you can often nab yourself a real bargain.

The same goes for food. Saving a few Euros by eating a baguette and cheap supermarket cheese in a city centre park isn’t quite the best way to experience the local cuisine. Eating out well doesn’t have to be expensive in Europe if you’re savvy.

In Rome, for example, avoid the tourist hotspots round Plaza Navona and head instead across the Tiber to Trastevere, where you can eat fantastic local specialities in a genuine trattoria for less than 20 Euros. In France, try taking your main meal of the day at midday in a local bistro where lunchtime set menus for office workers can be much better value than a la carte evening offerings.

And in much of Eastern Europe, there really is little point in trying to economise by buying picnic food as processed supermarket fare is likely to cost as much if not more than a hot tasty meal in a local cafe. Try ‘cevapi’ meatballs in Bosnia and Serbia or a hot pastry ‘burek’ in Croatia for a quick snack like the locals. 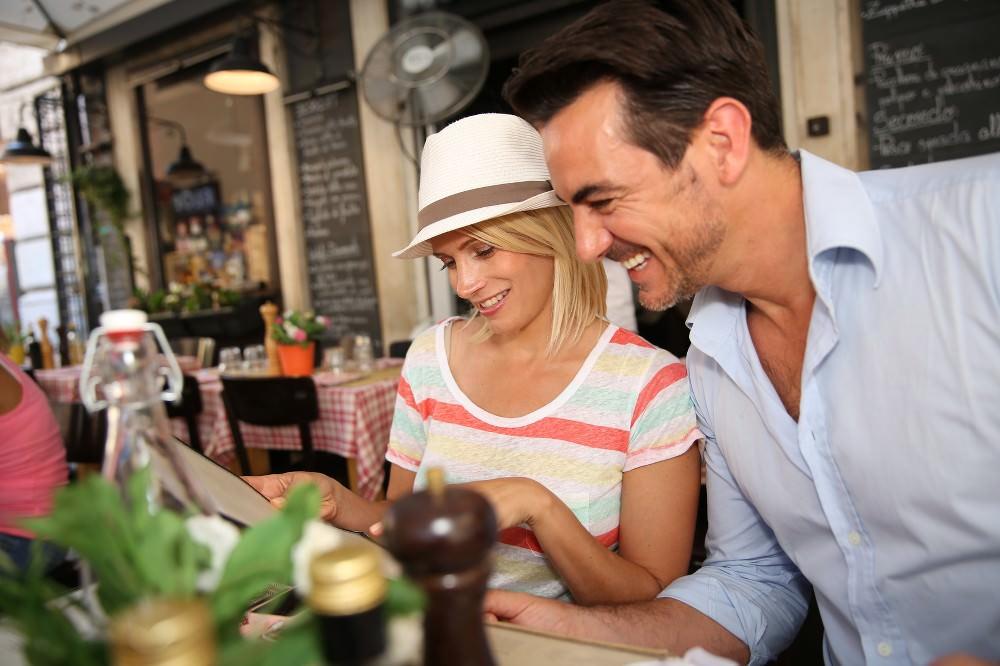 If you’re travelling on your own then it’s likely that age has not dimmed your sense of adventure and youthful outlook on life. Don’t forget that you are Interrailing and part of the fun is meeting fellow travellers en route.

You’ll get to meet people plus make your money stretch further giving you more chances to treat yourself by booking the occasional night in a travellers’ hostel. If you don’t fancy the idea of dorm rooms and being disturbed by drunken revellers or snoring roommates don’t worry. Most hostels offer private rooms where you can take advantage of the social nature and value of this kind of accommodation without slumming it.

The main thing to remember though, is that Interrailing is simply one of the best ways to really get to know Europe. It combines adventure with practicality and you can choose the style of your trip, whether you fancy a nostalgic rerun of your student days or a more cultural journey of discovery.

I'm a writer who loves to explore, whether it's far from home or just around the corner.