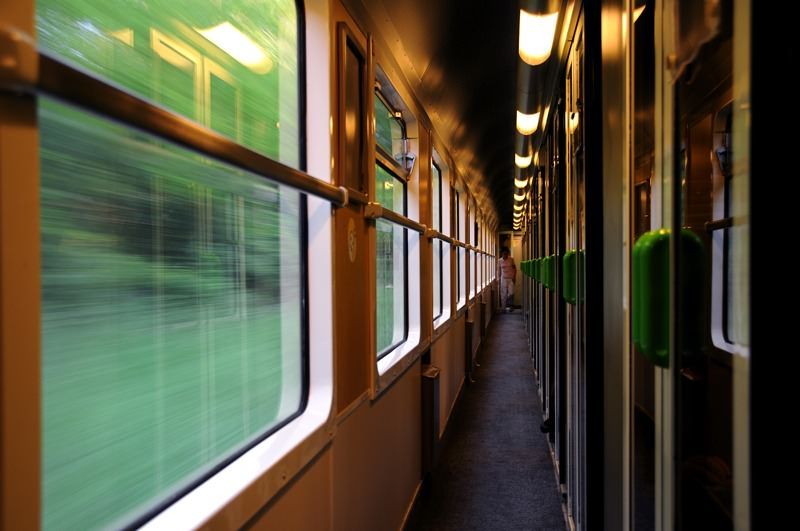 Speeding across France from Paris to Normandy with SNCF Image credit: williamafranklin

Once upon a time, Interrail was a rite of passage for any budding gap year student, a convenient and economic way to hightail it around Europe and enjoy one last hurrah before facing up to the harsh reality of settling into a sensible, soul-crushing 9 to 5 job.

But a lot’s changed since Interrail’s 70s and 80s glory days and many a backpacker would now sooner go fruit picking down under or flashpack their way around South Asia. The growing market for Interrail nowadays are actually grown-ups and empty nesters, many of whom are returning to the rails for an extended sojourn to re-live their youthful memories.

Interrail themselves are well aware of this and seek to hook older patrons with First Class passes which promise a more refined way to see Europe. Interrail has always been seen as a budget travel option, but going first class is not such a big jump really since adult First Class passes start from £316 for a 5 in 10-day travel pass, meaning you can take up to 5 days of travel (including overnight) within a 10-day timeframe. That’s an extra £114 compared to a standard class pass.

So What Can You Expect to Get for the Extra First Class Outlay and Is It Worth It?

The biggest benefit is easily the amount of space. Most routes in western Europe (though not all) will have their own First Class carriages and even during the peak summer and autumn months, it’s not unheard of to have one completely to yourself. Even when you do need to share your space, you’ll be blessed with superior legroom and ample luggage racks nearby, so you can safely stow your trusty Karrimor with total peace of mind.

On some routes, such as Austria’s Railjet or France’s high-speed TGV, you can expect a complimentary newspaper, hot drink and maybe even a small courtesy snack, which may not sound like any great shakes but it’s certainly welcome after a long, hard night trying to catch some shut-eye on the sleepers. 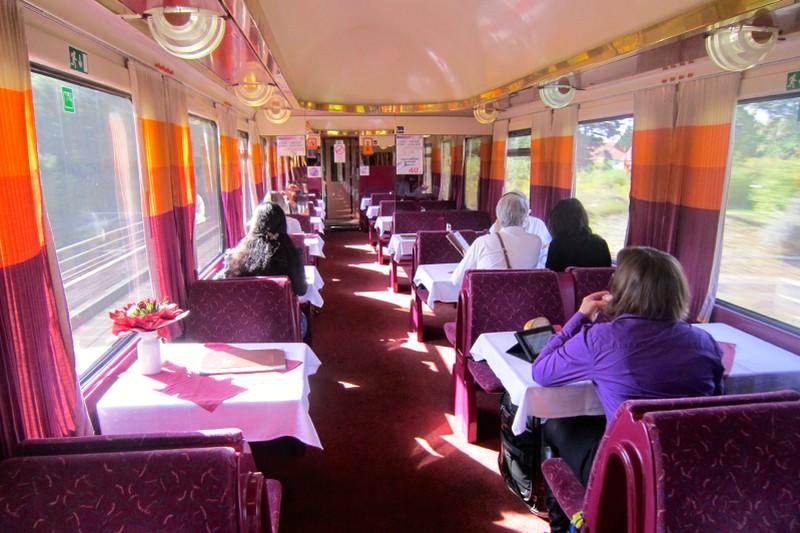 Make sure you channel your inner Hercule Poirot and indulge in a dining car meal at least once on your trip. That supermarche baguette will only sustain you so far and besides no pan-European adventure is truly complete without a chance liaison with a passing enigmatic stranger in a dining car while you enjoy a moules frites as the changing landscape scrolls gracefully past your window.

Sometimes it’s the subtle things that give you little clues about the country you’re approaching. I’ll always remember how the fries came liberally sprinkled in paprika on the handsome train bound for Budapest.

One of the great thrills of Interrail is the ability to be effectively teleported through entire countries, cultures, languages and currencies in a relatively short stretch of time. Rollicking about in your cosy bunk as you pass through light-blurred borders in the night is an essential part of the Interrail experience.

The bad news is that a First Class pass will not bag you a free bed for the night. Supplements still apply even for a couchette in a shared cabin with 5 other travellers, but these are always discounted and you can often cover a surprisingly long distance with direct sleepers, such as from Paris to Amsterdam or from Budapest to Istanbul.

For a more authentically First Class experience, try to book a private cabin. Bear in mind that you’re nearly always better booking one at least a few days in advance (or weeks if travelling in summer) but it’s worth knowing that sometimes the best deals can actually be found not online but at the station booking office. I once bagged a bargain sleeper from Prague’s Hlavni to Krakow for just 39 Euros and deals like this are not uncommon east of Germany.

But a word to the wise, as charming as sleeper cabins can be, the density of nocturnal station stops across much of the continent means that solid sleep can be an elusive beast and so (assuming you’re as old and haggard as I am) you’re best not to overdo it by booking too many consecutive sleeper nights.

Treat Yourself to a Stay in a Grand Railway Hotel

Instead, break up the journey by giving yourself some respite in a decent hostel or hotel. You might not associate hostelling with grown-up travel, but the truth is that hostels have come a long way in the past decade or so, with the fine line dividing them from a budget hotel continuing to blur. Options now range from the likes of Miss Sophie’s in Prague, all exposed brickwork, boutique chic and designer toiletries, to Germany’s Meininger chain with no shortage of cheery, immaculate, en-suite private rooms.

Finally, if you’ve managed to keep a tight hold of the purse strings throughout your trip, consider splurging on a night or two in one of Europe’s many historic grand railway hotels towards the end of your trip. Most major cities will have a few to choose from that are just steps from the station concourse and comfortably recall the halcyon days of rail travel, saving your weary legs for a day of pavement pounding in your new destination of choice. Our very own St Pancras Renaissance is a fine example, but sadly the Grand Hotel Budapest is but a figment of Wes Anderson’s hyperactive imagination!

For more train travel ideas in Europe for grown-ups, check out our friends Jane and Nigel at 2emptynesters. They’ve got some interesting and useful stories about their rail adventures in Eastern Europe and Scandinavia.